Loncat ke konten
Beranda NEWS INTERNATIONAL Hong Kong's Saga : A Part Of Proxy - War Between China VS Us And Allies

Jakarta, Matasulsel – In the contemporary situations or recently global progress facts, many facts have shown that the rivalry between “two global boss” China and the United States are still increasing and simmering. Both of two countries have played “proxy-war” actors on several global disputes on security, politic and economic matter.

Hongkong’s saga has indicated most of “an international player” including state and non state actor have been participating in Hongkong’s turnoil and simmering security and political situations.

From several open sources, we can track “the history of Hongkong’s riots” over protest and resistency on the new security bill which have allowed the extradition of criminal suspects from Hongkong to China has been starting and “having snow balling efects” since on October 23, 2019, Hong Kong authorities officially withdrew the extradition bill that has sparked months-long massive protests and violent riots across the city. The bill, which would have allowed the extradition of criminal suspects from Hong Kong, China’s self-governing territory, to mainland China triggered massive protests in summer.

Protesters and human rights campaigners feared that Beijing may use the legislation to target dissidents. While some rallies remained peaceful, others spiraled into widespread rioting and fierce clashes with police.

On November 10, 2019, Hong Kong police dispersed protesters on Connaught Road in Central district, according to local media. A tear gas canister fired by the officers accidentally hit a fire truck, which was called to the scene to douse fires that protesters often start with petrol bombs.

The radical wing of the protest has disrupted life in the city by vandalizing public transport and local businesses they see as pro-government, causing an economic slowdown. The Chinese government alleges that the rioting campaign may be fueled by foreign forces.

On November 12, 2019, Protests in Hong Kong have reached new heights of violence, with bomb-throwing rioters seizing control of university campuses and pushing out police while authorities admit that the riot-ravaged city hangs by a thread.

Demonstrators armed to the teeth with molotov cocktails, javelins, and (in one case, at least) a chainsaw have seized control of the Chinese University of Hong Kong (CUHK)

On November 22, 2019, US President Donald Trump is hedging his bets on supporting the Hong Kong ‘pro-democracy’ rioters, making clear he is not willing to alienate China in the process.

Beijing has slammed a US ‘pro-rioters’ bill as massive overreach.
“We have to stand with Hong Kong, but I’m also standing with President Xi. He’s my friend,” Trump declared on Friday morning, in response to questions about whether he would sign the bills that both chambers of Congress approved unanimously. The move would satisfy both parties in Washington, but Beijing has warned it will halt all trade talks if the bill becomes law.

On December 2nd, 2019, a Hongkonger nearly lost his life when an angry protester struck him on the head with a metal drain cover as he attempted to remove one of many barricades erected during anti-government unrest in the city.

The video, filmed on Saturday night, shows several masked protesters confronting a 53-year-old man who attempts to clear a roadblock outside the Prince Edward railway station in Mong Kok.

On December 4, 2019, a group of Ukrainian far-right activists At least two of them – Filimonov and Igor Maliar – used to fight for the paramilitary Azov battalion, well-known for far-right views of its leadership and members traveled to Hong Kong to check out violent anti-government protests. They claimed it was merely a tourist trip, and that they were not neo-Nazis. Facts tell otherwise.

The group of muscled and heavily-tattooed young men from Ukraine descended last week upon the streets of the autonomous Chinese territory, gripped by chaotic protests for months. The ‘tourists’ were eager to see the sights – barricades and burning things – as well as watch the show, as in the clashes between protesters and police.

Eventhough, several force and brutal mass rallies have been happening in Hong Kong, those situations did not make the Chinese government’s surrender to fighting their national goals in Hong Kong. Then, the Chinese National People’s Congress’ approval of a draft decision on the imposition of a new national security law on Hong Kong. The law will likely take effect later this year and change the nature of rights and freedoms for Hongkongers.

On Thursday, China’s National People’s Congress voted 2,878-to-1 in favor of a decision that authorizes a process to draft a national security law that will directly be imposed on the semiautonomous Hong Kong region. The vote itself (specifically on “Decision on Establishing and Improving the Legal System and Enforcement Mechanisms for the Hong Kong Special Administrative Region to Safeguard National Security”) does not result in a law right away, but starts the process, which will likely conclude by late August.

When all is said and done, Beijing will have established the means to directly crack down on activities it considers undesirable in the city, including what it interprets as terrorism, separatism, or secessionism.

The NPC’s vote has confirmed the worst fears among Hong Kong’s democrats, who see this as the final nail in the coffin for “one country, two system.” Chinese Premier Li Keqiang defended the law by saying that it would amount to the “steady implementation of the ‘one country, two systems.’” Li’s wording echoed a pledge made by Xi Jinping himself during a 2017 visit to Hong Kong—long before last year’s unrest over an extradition bill spiraled into a broader movement about the city’s destiny itself.
Much will depend on how major international players, including the United States, react. On Wednesday, a day before the NPC vote, Mike Pompeo, the U.S. secretary of state released a statement noting that he had officially certified “that Hong Kong does not continue to warrant treatment under United States laws in the same manner as U.S. laws were applied to Hong Kong before July 1997.”

The press conference also included an announcement that the United States would withdraw from the World Health Organization. Details remain unclear.
The clash spilled over into the United Nations, where China shot down a U.S. bid to have Hong Kong brought up at the Security Council, calling it a “a matter of urgent global concern that implicates international peace and security.”
The governments of the United States, Australia, Canada, and the United Kingdom released a joint statement saying that: Hong Kong has flourished as a bastion of freedom. The international community has a significant and long-standing stake in Hong Kong’s prosperity and stability. Direct imposition of national security legislation on Hong Kong by the Beijing authorities, rather than through Hong Kong’s own institutions as provided for under Article 23 of the Basic Law, would curtail the Hong Kong people’s liberties, and in doing so, dramatically erode Hong Kong’s autonomy and the system that made it so prosperous.

The European Union’s high representative for foreign affairs and security policy, Josep Borrell Fontelles, said in a statement that the EU was following developments in Hong Kong closely. His statement came after the vote on the draft decision came to be part of the agenda of the NPC. “The European Union has a strong stake in the continued stability and prosperity of Hong Kong under the ‘One Country Two Systems’ principle,” Borrell said. “It attaches great importance to the preservation of Hong Kong’s high degree of autonomy, in line with the Basic Law and with international commitments,” he continued. Japan, meanwhile, noted it was “seriously concerned” by the NPC’s decision—a somewhat rare statement from Tokyo at a time when relations between it and Beijing have been broadly improving.

I can predict that between China and the United States will make and meddle in the next several global disputes on security, political, economic and social matters. Both of two countries will prepare to make “shadow World War III through proxy-war scheme which will be played by them around the globe” to check and to evaluate how their capability, capacity including their weaknesses if “true World War III will happen”.

The writer is a columnist on an international and national issues. He had earned his master degree at the University of Indonesia (UI). Toni Ervianto.(*) 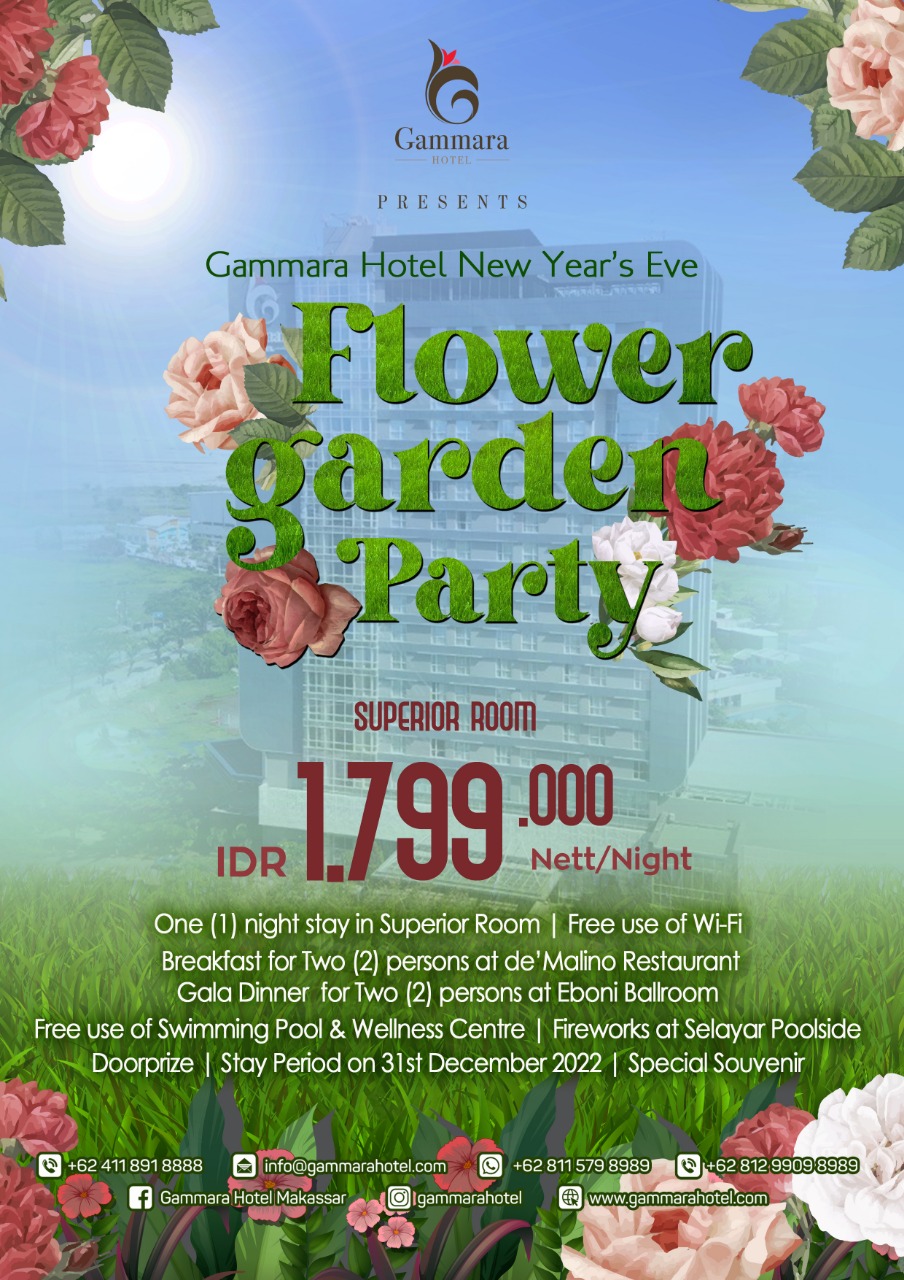